Towards Transforming Colombo to a ‘Walkable’ City: Policies and Strategies 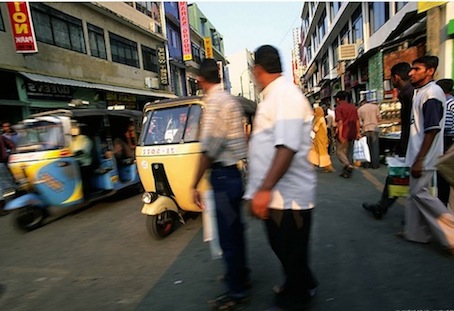 This paper examines the issue of facilitating walking in the city of Colombo and discusses the problems and potentials of transforming it to a pedestrian-friendly city as perceived by the people. Based on the findings of a user response study carried out in 2008, it outlines the major issues raised by the urban dwellers of Colombo and proposes some remedial actions that could be taken. In the context of increasing urbanisation where vehicular traffic and the provision for it has begun to dominate the city spaces, the paper argues for a shift of approach in its urban development practice in order to improve its walkability so that the city could once again become a delightful place.