CAI-Asia interviews Winnie W.Y. Lam, winner of the International Transport Forum’s Young Researcher of the Year Award 2012  for her paper on “Building a Seamless Transport System through Walking” 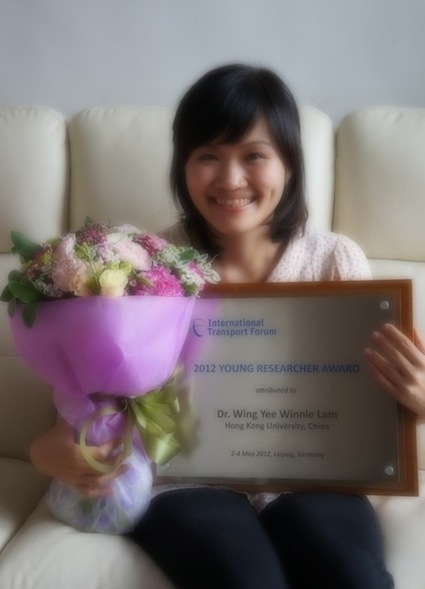 The focus on walkability is a response to the contemporary transport development which has been criticized as unsustainable. The heavy reliance on motor vehicles, especially private one poses various challenges to society. For example, environmentally, this creates a series of pollution problems which might threaten human health. Economically, congestion reduces the efficiency of cities. Socially, people become isolated with the use of personalized vehicles. Also sedentary lifestyles raise public health concerns. Among different type of active transport mode, walking, the most common and green mode, can be viewed as a cost-effective solution to address these challenges ahead.

My PhD thesis centers the discussion on the social aspect of sustainable transport. It views walking as an effective way to address the transport issues confronting the transport-disadvantaged population, such as children, working mothers and the elderly. These groups do not have great access to cars while using public transport may sometime be unaffordable, and so walking plays a crucial role in maintaining their everyday life.

2.      How interconnected are urban forms, transport, society to walking?

A conducive urban form which combined different opportunities close together within walkable distance and linking  different transport modes help to create vibrant and livable communities which are walkable for all citizens.

Pedestrians cross an overhead bridge at night in Central Hong Kong. Providing such overpasses is critical to the walkability of the city, says Dr. Winnie Lam. (Source: Reuters)

The walkability audit is a four step process. After the identification of the study area and then the boundary, we assessed the walking environment using pre-designed walkability survey sheet (WSS) incorporated into personal digital assistant (PDAs) with geographic information system (GIS).  Some pre-assessments were made using Google Street View, which provides an overview of the study area. We then conducted onsite field works to collect data not available using desktop search. After collecting all the data, a reliability test was conducted and each parameter was weighted by the segment length. We gave each path an overall score for the three dimensions and so each study area got a total walkability score.

–  In selection of areas, you chose the access to health centers? Why is that important?

I chose these neighborhoods as a response to the worldwide aging phenomenon of the population. In particular in advanced economies, the increasing rates of chronic diseases means elderly citizens have to visit healthcare centers regularly for check-ups. Access to healthcare is essential for their quality of life. Walking provides basic mobility and many people rely on walking to access opportunities with high social value, such as medical services examined in the paper.

– How did you decide on the boundary?

The study focused on the walkability of the neighborhood of 3 elderly health care centers in Hong Kong (there are 18 in total serving the 18 districts of the city). After deciding on the study area, the next step was the identification of the study boundary. Data were collected for all identified walking paths from major transit stations (e.g. bus and railway stations) to the locations of the elderly health centers. Transit stations were treated as nodes since the integration between transit and the walking environment are critical to the success of integral movement.

– Is the methodology applicable to other neighborhoods as well?

Walkability is defined as the conduciveness of the environment to walking in my study. I defined it in three dimensions: pedestrian safety, convenience, and comfort. The parameters used were mainly based on existing literature. This micro-scale assessment has clear yet flexible criteria, which may be changed to incorporate community standards and values. For example, attitudinal surveys of people’s preferences of routes could be conducted to enrich the framework so that we can gather what is important to citizens and so it will be possible to change key elements to address the key concerns of citizens in that area.

One commonality across the three areas was that the safety component had very high sub scores. This means that the Hong Kong government had put more focus on pedestrian safety than the other two dimensions (pedestrian comfort and convenience). But in my view these three components should receive equal attention to provide a pedestrian-friendly environment for all. We found that in many places the government had not put covers over sidewalks so pedestrians had no shelter from strong sunlight or heavy rain. If the government could install more covers it would increase overall walkability. We also found that pedestrian bridges were not well equipped with lifts or escalators. This might hinder walkability especially when elderly pedestrians have to walk up and down many times these facilities to access their destinations. 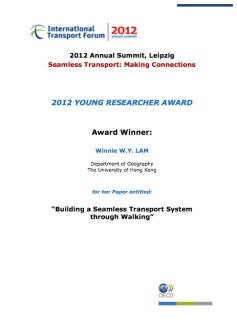 5.     Where does Hong Kong rate compared to other cities?

Based on the present methodology, the case studies that I have conducted so far were within the boundary of Hong Kong. Internally, Hong Kong scores at the moderate to high range in the walkability assessment. This indicates that there are still rooms for improvement. A comparison between cities can play a pivotal role in understanding what factors are the keys to improve walkability for all. At present, we have a collaborative work with researchers from Tokyo and Singapore on walkability using similar methodology. I believe that meaningful discussions will come by very soon.

6.     Have you presented the results to the local government? Or now that the study has generated interest what has been their reaction?

The study is still underway and the results have not been presented to the local government. But the Hong Kong Government has initiated community-wide program to promote “fitness walking”. The Leisure and Cultural Services Department of Hong Kong had set up 33 walking tracks in the 18 districts to promote walking as a kind of regular physical exercise campaign for all citizens.

7.     How do Hong Kong’s policies and mobility plans place walking? What is the mode share target of pedestrians and is the city working towards those targets?

Hong Kong is a very high-density city and facilitates walking. There is an extensive multilevel pedestrian system composed of pedestrian walkways, overpasses and underpasses. Official data shows that for nearly 40 percent of total trips in Hong Kong with walking as the sole mode of transport. And nearly 90 percent of motorized trips are public transport trips, meaning that the majority of citizens have to walk several times a day in their daily routine in accessing transit stations.

8.     How do you think such walkability tools can be used in urban development and in promoting walking as an active transport mode? 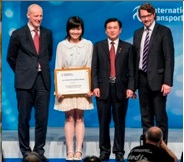 9.     What measures do you think will shift people from motorized modes to walking and public transport?

I think that a more conducive environment will initial a modal change. Sustainable urbanism strategies which focus on compactness or density of opportunities will facilities walk-to destinations.

10.  Where do you see walkability in the next ten years?

11.  Is there any place of interest to you where you would like to carry out walkability surveys?

I think that comparison of different Chinese cities would be worth investigating. Perceptions about walkability of citizens living in different part of the country will impact substantially upon future development.