Plans to restrict movement of motorized vehicles in core of Mysore

MYSORE: If everything goes according to plan, movement of motorized vehicles in the heritage core area – surrounding Mysore Palace and a segment of Sayyaji Rao Road — will be restricted during weekends. This means a welcome fillip to non-motorized vehicles like bicycle, battery vehicles and tongas.

Now that the bicycle promotion is in full swing after deputy commissioner P S Vastrad initiated pedal-to- work campaign, the DC is planning to restrict movement of motorized vehicles on Sayyaji Rao Road for at least two hours during weekends onan experimental basis. But the Mysore Chamber of Commerce and Industry and Sayyaji Rao Road shopowners and tenants association members are opposing it. 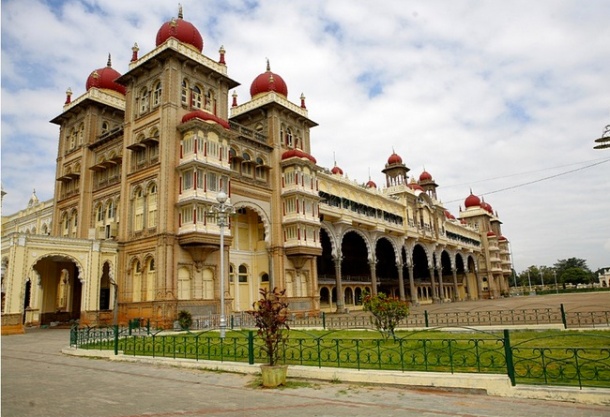 A police officer felt that the idea would work in the long run. Traffic has increased by leaps and bounds over the years in the core area of Mysore city and definitely there is urgent need to address the issue. As there is not much scope to widen the stretch, it is better to promote non-motorized vehicles and mass transportation.

Vastrad told TOI that recently he held a meeting with the traders. As some of them were against the proposed idea, I have given them time to reconsider the decision. The proposed idea is feasible in the long run and we want to try it,” he explained.

The DC is expected to meet the traders again next week.

Meanwhile, Mysore Sayyaji Rao Road shopowners and tenants association members have resolved to oppose the proposed move claiming there is no air or sound pollution as also no congestion in the core area. They have appealed to the DC to reconsider his decision saying that it would inconvenience them.

When contacted, MCCI president Sudharkar Shetty said: The idea is not feasible as Sayyaji Rao Road is a main thoroughfare in the central business district.”

After a study revealed that the country’s famous monument Taj Mahal is facing a threat from pollution, central government recommended to the states to protect monuments. Following this, the directorate of urban land transport, Karnataka, suggested promotion of non-motorized vehicles in the core area surrounding Mysore Palace and old monuments to protect the sites, reduce pollution as well as to reduce congestion.

There were also plans to relocate the city bus stand adjoining the charming Mysore Palace structure to ensure structural stability of the palace and make way for a garden and to provide parking for non-motorized vehicles like tongas there. But meanwhile KSRTC authorities had got cleared a project to upgrade the bus stand under JNNURM. Hence, the proposed idea has been suspended temporarily.