Bike sharing pilot to be launched in Bonifacio Global City

Residents and workers of Bonifacio Global City – (BGC), a trendy mixed use development site at the heart of Metro Manila, will be soon able to commute within the area riding Tutubi (“dragonflies” in Tagalog), the new bikes of a sharing system initiated by the Asian Development Bank (ADB) that may expand to the whole metropolitan region of Manila in the future. The name is a clear message against polluting transport practices in the congested capital of the South-East Asian archipelago, which result in the deterioration of the environment. The ADB and supporting NGO Clean Air Asia hope to start a long-term revolution in the mode of transport privileged by commuters of the city, encouraging them to shift from motorized mobility to cycling. 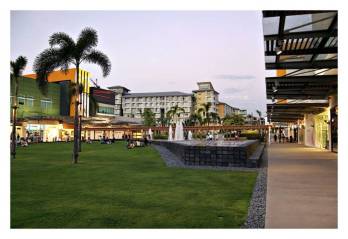 Recently developed BGC benefits from some of the infrastructural prerequisites that make it “bikeable” (adequate street lightening, safety, traffic signals, enforcement of parking rules etc.), and as such was deemed the ideal place in Manila to experiment the project and introduce it to the people. The demonstration will consist of two stations of about 10 bikes each, one located near Market-Market and the other one at the other end of Bonifacio High Street (a liveable and wide pedestrian walkway), to connect the offices to the bus drop off area notably.

The ADB and Clean Air Asia follow the world trend of implementing a smart technology bike sharing system which experienced its first successes in Lyon, France and which is now well anchored in cities such as Paris and Hangzhou, China. 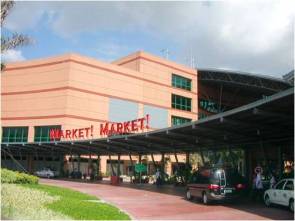 Market! Market! – one of the station locations

Tutubi answers the growing need to make cities greener and more liveable, and could help Manila get rid of its smog in many ways. Bikes can be a relevant alternative to the insane daily congestion, allowing people to save time, to enjoy the sunny weather, and to complete their trips without using their own cars or the polluting jeepneys plying through the city. Additionally, increased physical activity through biking brings significant health benefits that should not be neglected, such as reduced risks of cancer, heart disease and diabetes.

Establishing a bike-sharing system in Manila however presents tremendous challenges. Changing the mentality of people, who are not accustomed to this mode of transport and may not understand the point of biking, is a priority for the success of the operation. Campaigning and assistance during the demonstration project – which should last a few months in 2013 – will have the mission to make the Tutubi a familiar and essential means of mobility in the eyes of people. The necessary behavioral change will also have to target authorities and business owners who will have a word on the expected introduction of the system in other parts of the city, to make them aware of the benefits of the bike-sharing system (in terms of public health, attractiveness, liveability and revenue potential). Stakeholders will finally have to explore how the Tutubi can be implemented at a wider scale in Metro Manila, which does not present an urban core but a scattered development pattern where dangerous highways are the privileged connections between neighborhoods.

– Loic Daudley is currently interning at the Clean Air Asia Center at Manila and can be reached at loic.daudey@sciences-po.org

« Campus-Friendly Transport
Our Right to Walk is Non-negotiable »