Home › Resources › People want to walk, but they need space

People want to walk, but they need space

Chandan Roy Sanyal is an Indian actor, well known for his performances in several Hindi and Bengali films. Born and educated in Delhi, Sanyal’s first film was the runaway Bollywood hit ‘Rang De Basanti’ and he earned critical acclaim for his role in Hindi thriller ‘Kaminey’. He worked with The Royal Shakespeare Company between 2006 and 2009 and has a theatre group in India, called Proscenium for which he directed Samuel Beckett’s ‘Waiting for Godot’ and Vijay Tendulkar’s ‘Sakharam Binder’. Clean Air Asia’s Faizal Khan chats with Chandan.

Walking is an expression of emotion

On what walking means to him
Walking is an expression of emotion. It is like saying, ‘I need some fresh air, let me take a walk.’ It means a lot to me like everyone else.

On walking experience in other countries
When I was in Venice once for work, I walked a lot through the city. The same was the case when I visited Chicago in the United States.  During my work with a British theatre company in Stratford-upon-Avon, I used to walk to the theatre from home.

On making India walkable
It would be a revolution if we can make India walkable. Economically and socially, the country was changed through walking. Remember how Mahatma Gandhi walked 390 km from the Sabarmati Ashram to Dandi as a resistance against the British during the freedom movement. Walking was a tradition in India. If we can return to walking, we can save fuel, we can save energy and we can save the environment. The people want to walk, but they need the space. If the government gives them the space to walk, they will be happy.

On walking everyday
I walk almost everyday. When I go to work, I return home late at night and go for a walk. When I don’t have work, I walk in the morning. When I have to go a short distance, like to the bakery, I go by foot, In Versova, Mumbai, where I live, I see a lot of people coming to walk in the area, which is close to the sea and has a mangrove. I wish the government made the space everywhere for people to walk. It is nice to see people walking. 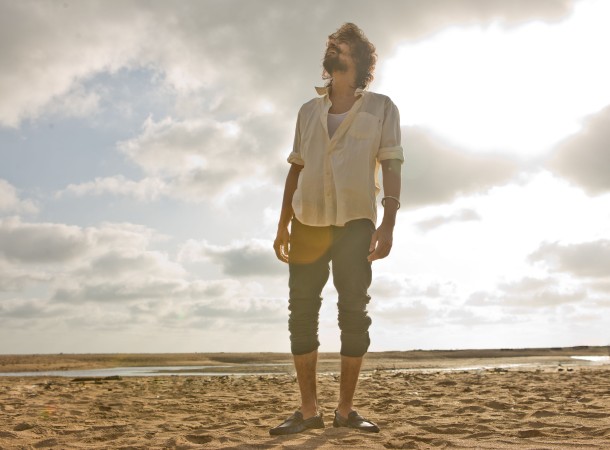 It would be a revolution if we can make India Walkable

On the best experience in walking
It was a pilgrimage to the holy Hindu temple of Vaishno Devi in Jammu and Kashmir in 1999 when I was studying in college. I am not a religious person, but i was accompanying a friend. It was freezing cold and we walked the six-and-a-half km for six hours to reach the shrine. It was amazing to see tens of thousands of people walking for their belief, walking for their faith.

On cycling
I don’t have a bicycle. In Mumbai, there is a lot of awareness about cycling. My friends own bicycles and pedal regularly. I am thinking of buying a new bicycle.

On best places to walk in India
In Pondicherry, I had a nice walk once. In Kerala, at a place called Irinjalakkuda near Thrissur, I used to live with a friend who was involved in theatre, I went for long walks there and would walk to a fisherpeople’s village everyday.

Faizal Khan can be reached at kh.faizal@gmail.com