NMT Times is a monthly compilation of news, views, features and articles from India and Asia on Non-Motorised Transport (NMT). The detailed articles are available in walkabilityasia an initiative of Clean Air Asia.

India’s Resul Pookutty rose to international fame by winning the Oscar award for Sound Mixing six years ago for ‘Slumdog Millionaire’. A walking and cycling enthusiast, the Kerala-born Pookutty credits his childhood experience of braving the famed monsoon rains by foot as his first foray into the world of images. The Mumbai based Resul Pookutty talks to NMT Times:

Q. What is your experience about walking and cycling in India?
I bought my first cycle, an old one, for two hundred rupees after I finished college. I repainted it white to make it look like a brand new ‘BSA’ cycle. But people started calling it “ambulance”. My brother-in-law had promised me a cycle if I secured first class in my school leaving examination, but he never gave it to me. I have written about this in my book.

About walking, there is no hill I have not climbed, no path I have not walked in Kerala. My school was six kilometers away and I walked both ways. That was the start. When we walked to the school in the morning, I will tell the story of one cinema to one set of friends. When we returned, I will repeat the same story to another set of friends. When the stories were over, I invented cinema stories. That was the start of my cinema career (laughs).

Q. How do you view non-motorised transport as a professional when you are too busy with hectic work and have less time?
For me, what happens is that the morning walks have become a time with myself.
It allows me to refresh, to see what I have done and what I am going to do. It is like solving physics problems. You solve these problems while you are doing some innate things. Today, when I walk I find solutions to several problems like solving those in physics.

Continue to read the interview at http://wp.me/p2no2x-HL

Walkability App is a finalist at the mBillionth Awards 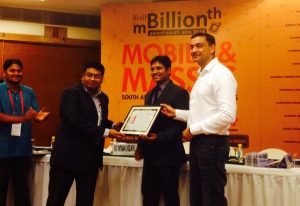 Ever felt that the walking environment in your neighborhood is not up to the mark and thought you should raise your voice against it? The one-of-a kind mobile application Walkability App allows one to evaluate a street according to the availability of footpaths, crossing locations, quality of crossings, safety from crime, and motorist behaviour. All the results of the evaluation are positioned on a map to help the community get an immediate view of the condition of walking in their cities. Created by Clean Air Asia, the Walkability App was chosen among many entries at the mbillionth South Asia Awards 2014 in July, 2014. It was a finalist for the awards under the m-inclusion category, which focused on bridging society through multimedia and rich content using mobiles.
Read more at http://wp.me/p2no2x-HZ

On 17 June 2014, an event featuring an unique theme was hosted by the Asian Development Bank (ADB) Head quarters in Manila. Antonio Oposa, Jr., an attorney and a leading voice of Non Motorized Transport (NMT) users was present to highlight the principles espoused by the Road Sharing Movement, a citizen-led petition demanding for shared road space to enable safe walking, cycling and convenient public transport system in the Philippines. The event was organized as a joint knowledge-sharing event of the ADB’s Transport and Poverty Communities of Practice (CoPs) in cooperation with Clean Air Asia. 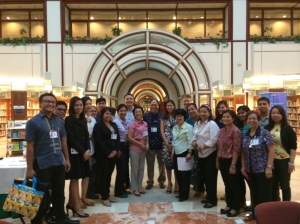 Tony Oposa, (C) with other participants of the event

Oposa shared the various channels which ordinary citizens in the Philippines are using to demand for pro-poor and sustainable mobility options that equally benefit commuters, pedestrians and cyclists as much as private car users. The session also gave insights regarding the process of filing the petition by ordinary citizens to demand for equity in road space and how this legal pathway may be adopted in other cities or countries around Asia.
Read more at http://wp.me/p2no2x-HW

Popularly known as the ‘City of Joy’, Kolkata is one of the greatest cities in the East with a confluence of cultures spanning centuries. However, with a combined population of over 14 million in the city and its suburbs, Kolkata has often been vilified for chaos, congestion and also pollution. In the midst of all the city’s confusion, it may be possible to find calmness and solemnity if there is a will to walk its streets.

Walk tours are becoming more and more popular in Kolkata, thanks to young entrepreneurs who are proud of their city’s culture and heritage. Calcutta Walks is one such tour that is promoting walking in Kolkata. Walking festivals are a specialization of Calcutta Walks, which does social campaigns to draw city residents to the benefits of walking. “To understand a city, you have to go out and walk,” says Calcutta Walks founder Iftekhar Ahsan, quoting legendary American urban thinker Jane Jacobs.
Read the rest of the article at http://wp.me/p2no2x-HI

Chennai: Corporation struggles with pedestrianzation project
The corporation’s plans to decongest T Nagar seem to be stuck in a bottleneck. Tenders will be floated for the 80 crore pedestrian plaza after World Bank releases funds for the project as part of giving the commercial hub a make-over. But corporation engineers are struggling to get traffic and parking facilities right. The plaza, meant to be a walkers’ paradise, will stretch from Panagal Park to Anna Salai, a distance of 1.4 kilometres.
Read more at: http://cleanairinitiative.org/portal/node/12475

Chandigarh: NMT users account for 60% of all road fatalities
Together with cyclists, the pedestrians account for more than 60 per cent deaths on roads. Data obtained from the Chandigarh Police shows that while the number of fatal accidents has actually declined over the last five years, the percentage of cyclists among the victims has consistently increased from 14.49 in 2010 to 30.77 in 2013. Officers of the UT Police blame it on increasing number of motor vehicles, rash driving, motorists driving on zebra crossings, cyclists not using the cycle tracks, and pedestrians crossing roads without waiting for traffic lights to turn green.
Read more: http://cleanairinitiative.org/portal/node/12476

Nagpur: Survey finds city unfriendly for pedestrians
People crossing the street dangerously amid fast moving traffic is a common sight at Variety Square. As there are no pedestrian signals or any zebra crossing, the situation is nightmarish for both the pedestrians and motorists at this busy junction.The traffic signals are helpful only for motorists. One can also spot non-functional old traffic signals at the junction.
Read more: http://cleanairinitiative.org/portal/node/12473

Shimla: High Court pulls up Govt on car free areas
The Himachal Pradesh High Court has asked the state government whether Shimla still retains the tag of a pedestrian city where the walkers have the right to walk freely. Hearing a petition on vehicular problems of Shimla filed by a city resident, Dharam Pal Thakur, the court asked the governmentTuesday if the provisions of the Shimla Roads Users and Pedestrians (Public Safety and Convenience) Act, 2007, are being enforced.
Read more: http://cleanairinitiative.org/portal/node/12474