The aspirations of the people in India in contributing to a high quality of life in their society and environment through a better choice of transport are evidently growing day by day. The southern Indian city of Bangalore is the latest entrant in a new citizen’s movement in India to ‘reclaim public space’ so that they can cycle in the streets safely. Supported by civil society organizations and government departments, the movement is raising the people’s consciousness for their right to a proper infrastructure, now non-existent, for non-motorised transport in the country

First it was Gurgaon, the northern Indian city adjoining the national capital. Now Bangalore, the software capital of India, in the southern Indian state of Karnataka, is following a new trend in India, in which once every month ordinary citizens are coming out on the streets to cycle and walk without interference and danger from motorized vehicles.  The ‘Cycle Day’ on the last Sunday of every month began in Bangalore in October 2013. While the first day last year saw an attendance of 1,100 people, the most recent one had a participation of over 5,000, indicating the increasing support to the citizen’s movement to “reclaim public space” for cycling. The national trend of citizens demanding a road share for cyclists as seen in Gurgaon, Bangalore and also New Delhi is expected to influence transport policy-makers and planners to build a dedicated infrastructure for non-motorised transport users.

“We wanted to show that the street was safe and the people could come out and cycle without the fear of danger from motor vehicles,” says Sathya Sankaran, the spokesperson of Bengaluru Coalition for Open Streets (BCOS), which organizes the ‘Cycle Day’. An umbrella organization that promotes cycling and people-friendly streets in the city, BCOS is a citizen-government collective that includes cycling enthusiasts, non-profit groups and government departments like the Directorate of Urban Land Transport (DULT) of the Karnataka government, city police and the municipal corporation. 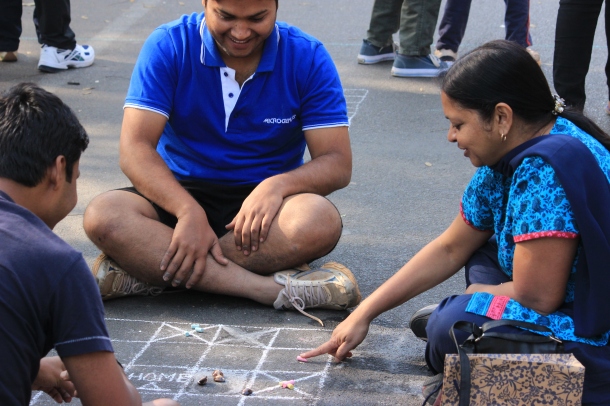 Several kilometers of roads are cordoned off on ‘Cycle Day’ by the Bangalore Traffic Police, which supports the campaign with traffic diversions. The city’s administrative body, the Bruhat Bangalore Mahanagare Palike (BBMP), grants permits to use the road and roadside amenities. The Bangalore Metropolitan Transport Corporation (BMTC) too supports the event by allowing people to carry their bicycles on BMTC buses, a first-of-its-kind initiative in India. 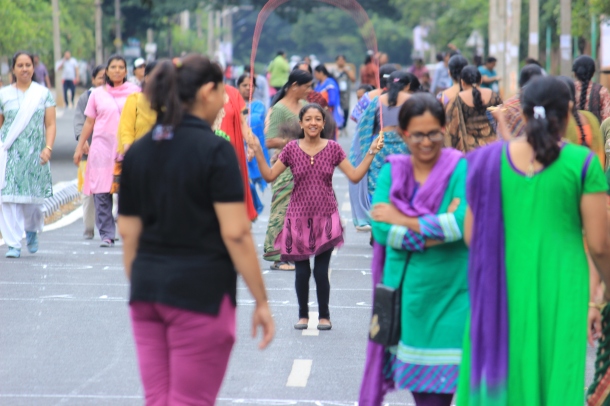 “On Cycle Day, several kilometers of road space are blocked to vehicular traffic and “reclaimed” by the public,” says Manju George, Senior Project Officer, also of BCOS. “’Cycle Day’ was started in central Bangalore and has moved to different neighborhoods over the past year,” says Ms George. “It has met with an overwhelming response from citizens,” she adds.

According to Kavitha Nambiar, who participated in ‘Cycle Day’ in July, it was a “perfect occasion” for spending quality time. “It brought my family together for cycling freely on the streets,” says Ms Nambiar, an avid cycling enthusiast.

‘Cycle Day’ began as a local community event in Jayanagar area of Bangalore in August last year after the DULT and civil society groups created a task force for cycling in the city. It then spread to areas beyond Jaya Nagar, the only place in Bangalore with marked space on the road (up to 40 km passing through several streets) for cycling. “First the people who drove cars started empathizing with the cyclists and later some of them became cyclists themselves,” says Sankaran, referring to the event succeeding in cultivating a culture of road sharing. “When more and more people start taking up cycling, that will make the government create NMT infrastructure,” he adds.

According to DULT, the anchor agency for ‘Cycle Day, the event will be a catalyst for raising awareness for using sustainable mode of transportation. “We have to look at other environmentally friendly and sustainable transport options in the long run,” says Samhita Rajashekar, Manager (Projects) of DULT, referring to the increasing number of cars in the city and the resulting pollution. “We have to raise awareness for non-motorised transport among the people, especially for short distances,” she adds. 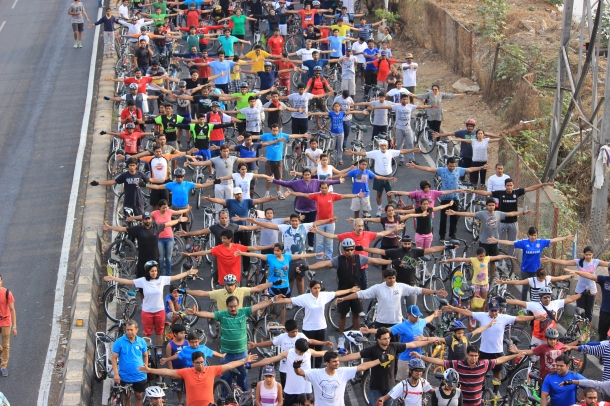 Ashwin Prabhu of Embarq India, one of the partners of BCOS, says the current focus of the campaign is on institutionalizing and expanding the ‘Cycle Day’ campaign. Encouraged by the ‘Cycle Day’ success so far, the BCOS members are looking to increase the model share of cycling in Bangalore to double digits by 2025. 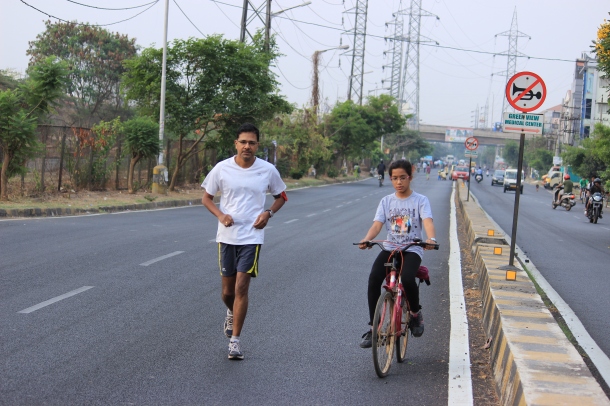